Blast from the past: Japanese fashion brand Uniqlo increases its global foot print with new Australian store in 2014

At 7am this morning in Melbourne, Australia security guards lined Lonsdale street in front of Australia's newest and largest fashion retail space the Emporium Building and questioned morning pedestrians on their way to work as they passed the new shopping centre to be officially opened today with Australia's first Uniqlo store. Dogged with industrial action during its long construction and delayed start date, today it finally opened!

The air was still cool, the moon still in the sky and the sun slow to rise in the CBD. A buzz was in the air as many people on the street knew about the store and stopped to take photos as they walked past. Staff manning a pop-up coffee stall bounced around to keep warm as they set up, many staff lined the street in front of the store getting ready for the official launch at 9.50am for the official tape cutting by the founder Tadashi Yanai, Japan's richest man with an estimated wealth of AUS $18.2billion.

The crowd slowly built up during the early morning and by the time the tape cut came at 9.50am , Lonsdale street was full of customers lining up waiting to enter the store at 10am.

Japanese customer service is based on many principles such as omotenashi (hospitality) and kikubari (anticipating customer needs).

This was in full swing even before customers entered the store with, polite staff keeping those who waited in line, warm with drinks such as freshly brewed coffee. Japanese customer service is the benchmark of Asia, amazing to watch but impossible to replicate or match so far by western companies.

Inside the four storey store, many colourful displays for men, women and children were on display. The store was overstaffed with customer service staff just as in a typical Japanese store, a very good sign for Melbourne shoppers.

Uniqlo is renowned for high quality with low prices and ongoing new products and promotions. Customers are typically spoilt once inside the store. You enter the changing rooms and can get alterations done on the spot if you decide to buy pants in most cases. If a store does not stock an item advertised they will track the item down for you at another store and notify you when it is in stock.

In my experience with Uniqlo in Japan over the past ten years their customer service is world class.

I once bought a business shirt in Tokyo and on returning home found a button hole was not properly sewn. I called the store, spoke to staff and within 2 hours a member of staff, had personally come out to my house and brought a replacement shirt. Yes, WOW! So if this is any indication of what to expect, you will be pleasantly surprised by their customer service. 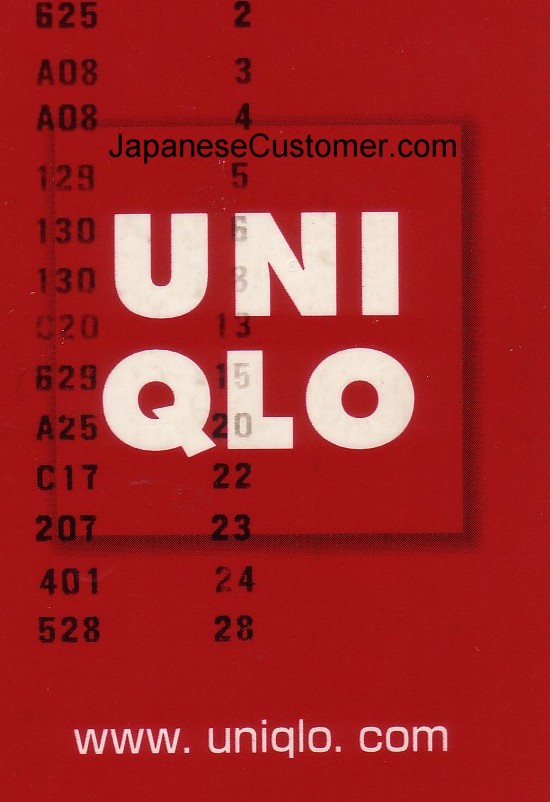 "He admits that labour costs and rent in Australia are high and would make it difficult for the company to keep their trademark low prices. "Labour costs and import duty is very high" page 1

"A pop-up Uniqlo store has been operating in Melbourne since January meters away from the Lonsdale street, 2180 square metre, four storey shop" page 8


"You have 20 million population in this marketplace, and we aim for one store per 200,000 people, so 100 stores will be just enough to cover it" Tadashi Yanai "I'm hopeful that 50 more stores could be built in three years, so if that is doable, I'd be very happy" p19