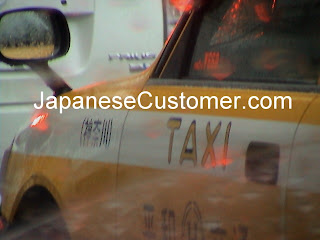 Recent events have led to a number of key price hikes for a wide range of products in Japan including taxi fares, instant noodles, potato chips, chocolate, meat fish, packing materials and transport related services. Consumers are feeling the pinch.

"Government statistics show that prices have been rising for a wide range of products".


Japanese taxi's have a minimum charge, so a customer will be charged 770 yen even before the taxi rolls.

Taxi's in Japan are typically used by business people with expense accounts who can recoup the cost at the end of the month.

The charge wont effect them but it will effect other customers who rely on taxi's particularly the elderly.

Sources: From noodles to steak, consumers paying more,
10/05/2007 and
THE ASAHI SHIMBUN