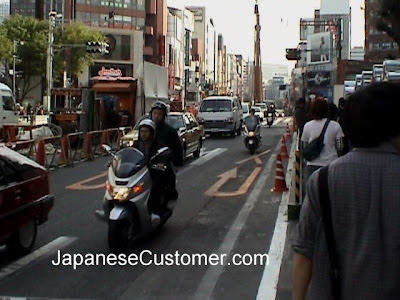 What made Japanese customers worry in 2007

1. Pension scandal - the Social Insurance Agency responsible for pensions said it was unable to match the records of people who had paid premiums meaning many may not be able to get their pension

2. Mislabelling scandals. A range of companies were found to have mislabelled or falsified "use by dates" and the ingredients they said they used in the product.

3. The Japanese yen lost value against all major currencies.

4. Economic growth was revised down and the stock market index Nikkei 225
gave investors a negative return.

6. Rising prices on a range of goods and decreasing wages.

7. New Miyazaki governor Hideo Higashikokubaru after winning an astonishing 90.7 percent of the vote.


What made Japanese Customers happy

9. The Economist dubbed Japan the most innovative country on the planet