1. Japanese customers making low profile buys, bids & acquisitions of foreign investments
“the Japanese are biding their time, patiently playing their hand in a market with few other bidders. “The longer the wait,” he adds, “the more desperate sellers will become.”
Source:  http://www.economist.com/node/21546011
2. The Japanese client is king
“Japanese culture is so formal and rigid when it comes to most client relations”
Source: Deviant Art – Japanese clients
3. Japanese Sovereign Debt in terms of the average citizen?
“In US dollars, each Japanese citizen (child, worker, and retiree) owes about $86,200 each to Japanese Sovereign bondholders. (Source: the Economist).
Source: Seeking Alpha
4. Are Japanese consumers the worlds most demanding ? – Nestle reveals Kit Kat’s secrets in Japan
“Nestlé has produced over 200 special edition flavors of the chocolate bar since 2000... From wasabi and green tea to flavors specific to regions of Japan (Hokkaido roasted corn flavor, anyone?)”
Source: Eatocracy CNN 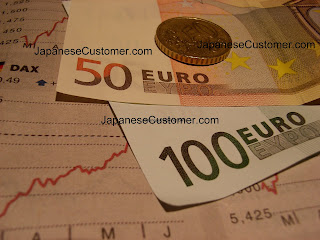