#jcustomers
Japanese Customers news round
up for Tuesday the 7th of February, 2012 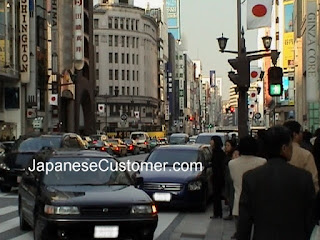 Picture: Japanese Customers driving in Tokyo
1. Japanese customers not yet sold on Facebook as a social media vehicle
“Fewer than 15 percent of all Internet users in Japan are on Facebook…In Japan,..Facebook has a cultural problem. Japanese consumers typically surf the Web under pseudonyms. They have had little use for Facebook, which demands that its members be listed by their legal names ”
Source: Boston Globe

2. Photos of Gokoyama, Toyama , Prefecture Lit up for Winter
“wooden dwellings known as “gassho –zukuri “ (which translates to houses built in the form of hands in prayer)
Source: Mainichi Shimbun