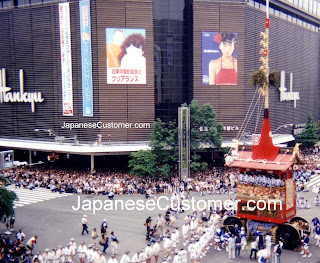 Book: Lonely Planet Kyoto
5. Japanese travelers enjoy the Gion Festival in Kyoto
“Kyoto. The name evokes the geisha of Gion and the mystique of old Japan. So what better way to experience that than by hightailing it to the ancient capital for the renowned Gion Festival in July?”
Source: Asahi Shimbun (Click the link for more pictures of this famous festival in Kyoto)